Tickets start at only $15 and gates open for picnic dining at 5:30 p.m. This summer’s Live at the Arboretum concert continues the success of previous acts Dwight Yoakam, Trace Adkins and the inaugural debut of the festival in 2017 with LeAnn Rimes. The concert is presented by Supervisor Kathryn Barger, in partnership with the Los Angeles County Department of Parks and Recreation, the Los Angeles Arboretum Foundation and the Pasadena POPS.

Winner of the Academy of Country Music’s Top Female Vocalist award, Sara Evans has had five #1 singles, sold millions of records, and claimed a Country Music Association trophy for her signature song, “Born To Fly.” Audiences will be singing along to this and her other #1 hits “A Little Bit Stronger,” “No Place That Far,” “Suds in the Bucket,” “A Real Fine Place to Start,” live for one night only under the stars at the lush grounds of the Los Angeles County Arboretum. 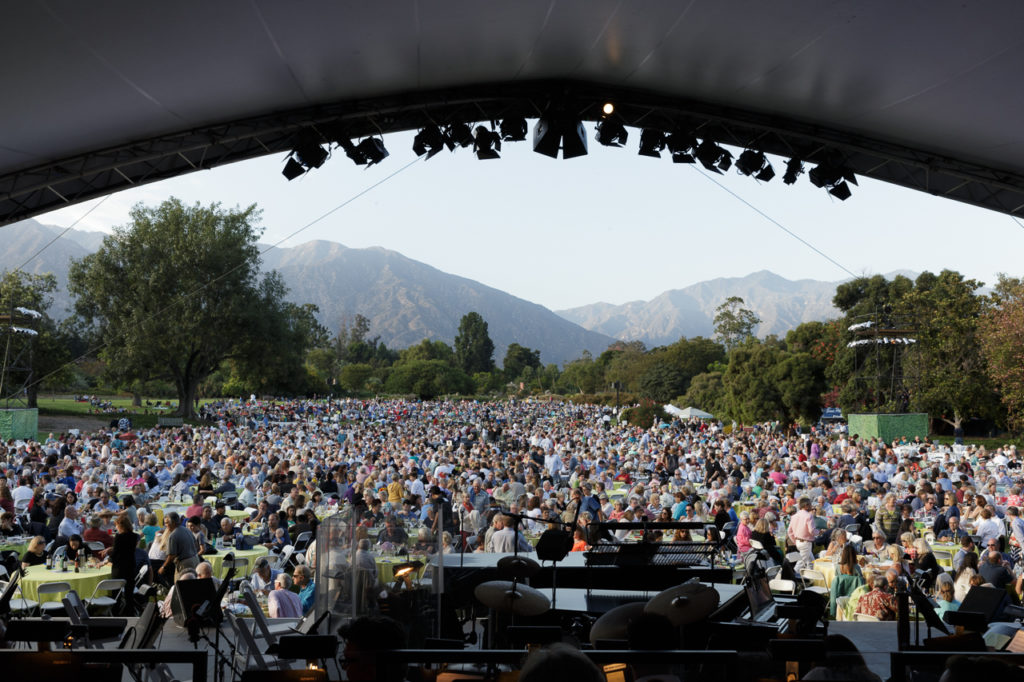 Spacious circular table seating with linens and lawn seating are both available for picnicking with family and friends.  The venue also features a variety of food trucks and two beverage centers serving fine wines, beer, coffee and soft drinks.

Sara Evans has had five #1 singles, sold millions of records, won the Academy of Country Music’s Top Female Vocalist Award and claimed a Country Music Association trophy for her signature song, “Born To Fly.” Multiple award-winning country singer Sara Evans is one of the genre’s most enduring talents. Possessing an instantly recognizable contralto, she gained a record contract in 1996 when her rendition of Buck Owens’ “I’ve Got a Tiger by the Tail” impressed its songwriter Harlan Howard so much he felt duty-bound to help her.

After 1997’s traditionalist debut, Three Chords & the Truth, Evans transitioned to a contemporary sound for 1998’s No Place That Far and continued to evolve with the industry’s changes. Her catalogue boasts three platinum albums and numerous gold records. She has topped the Country singles as well as Country albums charts, and has been awarded by most of the top ceremonies, including Billboard, CMA, BMI, and ACM.

While growing up poor in rural Missouri, Evans performed with her family’s band at the age of four and even recorded in Nashville just a few years later. She eventually moved to Oregon in 1992, but continued to perform as Sara Evans & North Santiam. The group opened for Willie Nelson and Tim McGraw, among others, but Evans eventually returned to Nashville to try to remake her career. There she impressed Howard enough that he recommended her to RCA executives, who connected her with producer Pete Anderson (a veteran of many albums by Dwight Yoakam). After her debut album Three Chords and the Truth was released in July 1997, Evans earned a special honor by being handpicked by George Jones to open a special show in Nashville. No Place That Far followed a year later, breaking into the U.S. pop charts and eventually reaching gold certification. Her big breakthrough was 2000’s Born to Fly. The title track was a big hit for Evans, and the album eventually peaked in the Top Ten of Billboard’s country charts, going double-platinum in the process.

Evans returned in 2003 with Restless, and the Country chart-topper “Backseat of a Greyhound Bus” helped it become her highest-charting album to date. Fifth studio album Real Fine Place appeared in 2005, and the title track became her fourth number one hit on the country charts. The compilation Greatest Hits appeared in 2007; it included four new recordings, led by the Top 20 hit “As If.”

Evans returned to the popular arena in early 2011 with Stronger. Even though it was released six years after Real Fine Place, it hit the top of the Country album charts, while the single “A Little Bit Stronger” did the same on the Country singles charts. Re-entering the studio in November 2012 with producer Mark Bright, Evans set about recording her seventh studio album, Slow Me Down. Preceded by the 2013 release of the title track — which promptly hit the country Top 20 — the album appeared early in March 2014. After delivering a holiday album called At Christmas in November 2014, Evans left RCA Nashville in 2015. In 2017, she launched her own RED-distributed imprint Born to Fly and released Words in July of that year.

Two years later, Evans released Copy That, an eclectic covers album dominated by classic Pop hits from the ’70s and ’80s but also featuring Old Crow Medicine Show supporting the singer on an old-timey version of Hank Williams’ “I’m So Lonesome I Could Cry.”