ARTISTIC PARTNERS
While the Pasadena Symphony embarks on a search for a new Music Director, the orchestra will be led by Artistic Partners who are shaping the future of Classical music, each bringing a new and diverse voice to the podium.
View the six Artistic Partners for the 22/23 Symphony Season.
Michael Feinstein

Michael Feinstein has built a dazzling career over the last three decades bringing the music of the Great American songbook to the world. From recordings that have earned him five Grammy Award nominations to his Emmy nominated PBS-TV specials, his acclaimed NPR series and concerts spanning the globe – in addition to his appearances at iconic venues such as The White House, Buckingham Palace, Hollywood Bowl, Carnegie Hall and Sydney Opera House – his work as an educator and archivist define Feinstein as one of the most important musical forces of our time.

In 2007, he founded the Great American Songbook Foundation, dedicated to celebrating the art form and preserving it through educational programs, Master Classes, and the annual High School Songbook Academy.

This summer intensive open to students from across the country has produced graduates who have gone on to record acclaimed albums and appear on television programs such as NBC’s “America’s Got Talent.” Michael serves on the Library of Congress’ National Recording Preservation Board, an organization dedicated to ensuring the survival, conservation and increased public availability of America’s sound recording heritage.

The most recent album from his multi-platinum recording career is A Michael Feinstein Christmas from Concord Records. The CD features Grammy Award -winning jazz pianist Alan Broadbent (Paul McCartney, Diana Krall, Natalie Cole). Feinstein earned his fifth Grammy Award nomination in 2009 for The Sinatra Project, his CD celebrating the music of “Ol’ Blue Eyes.” The Sinatra Project, Volume II: The Good Life was released in 2011. He released the CDs The Power Of Two – collaborating with “Glee” and “30 Rock” star Cheyenne Jackson – and Cheek To Cheek, recorded with Broadway legend Barbara Cook. For Feinstein’s CD We Dreamed These Days, he co-wrote the title song with Dr. Maya Angelou.

His Emmy Award-nominated TV special Michael Feinstein – The Sinatra Legacy, which was taped live at the Palladium in Carmel, IN, aired across the country in 2011. The PBS series “Michael Feinstein’s American Songbook,” the recipient of the ASCAP Deems-Taylor Television Broadcast Award, was broadcast for three seasons and is available on DVD. His most recent primetime PBS-TV Special, “New Year’s Eve at The Rainbow Room” – written and directed by “Desperate Housewives” creator Marc Cherry – aired in 2014.  For his nationally syndicated public radio program “Song Travels,” Michael interviews and performs alongside of music luminaries such as Bette Midler, Neil Sedaka, Liza Minnelli, Rickie Lee Jones, David Hyde Pierce and more.

Feinstein was named Principal Pops Conductor for the Pasadena Symphony in 2012 and made his conducting debut in June 2013 to celebrated critical acclaim. Under Feinstein’s leadership, the Pasadena Pops has quickly become a premier orchestral presenter of the Great American Songbook with definitive performances of rare orchestrations and classic arrangements.  He launched an additional Pops series at the Kravis Center for the Performing Arts in Palm Beach, Florida in 2014.

Michael’s book The Gershwins and Me – the Los Angeles Times best-seller from Simon & Schuster – features  a new CD of Gershwin standards performed with Cyrus Chestnut at the piano.

Feinstein serves as Artistic Director of the Palladium Center for the Performing Arts, a $170 million, three-theatre venue in Carmel, Indiana, which opened in January 2011. The theater is home to diverse live programming and a museum for his rare memorabilia and manuscripts. Since 1999, he has served as Artistic Director for Carnegie Hall’s “Standard Time with Michael Feinstein” in conjunction with ASCAP. In 2010 he became the director of the Jazz and Popular Song Series at New York’s Jazz at Lincoln Center.

In 2013 Michael released Change Of Heart: The Songs of Andre Previn in collaboration with four time Oscar and eleven time Grammy Award-winning composer-conductor-pianist Andre Previn. The album celebrates Previn’s pop songs and motion picture classics. Earlier album highlights include Hopeless Romantics, a songbook of classics by Michael’s late friend Harry Warren, recording with legendary jazz pianist George Shearing. His album with songwriting icon Jimmy Webb, Only One Life – The Songs of Jimmy Webb, was named one of “10 Best CDs of the Year” by USA Today.

Feinstein received his fourth Grammy nomination for Michael Feinstein with the Israel Philharmonic Orchestra, his first recording with a symphony orchestra. The year before, Rhino/Elektra Music released The Michael Feinstein Anthology, a two-disc compilation spanning 1987 to 1996 and featuring old favorites and previously-unreleased tracks.

Michael was born and raised in Columbus, Ohio, where he started playing piano by ear as a 5-year-old. After graduating from high school, he moved to Los Angeles when he was 20. The widow of legendary concert pianist-actor Oscar Levant introduced him to Ira Gershwin in July 1977. Feinstein became Gershwin’s assistant for six years, which earned him access to numerous unpublished Gershwin songs, many of which he has since performed and recorded.

Gershwin’s influence provided a solid base upon which Feinstein evolved into a captivating performer, composer and arranger of his own original music. He also has become an unparalleled interpreter of music legends such as Irving Berlin, Jerome Kern, Johnny Mercer, Duke Ellington and Harry Warren. Feinstein has received three honorary doctorates.

Through his live performances, recordings, film and television appearances, and his songwriting (in collaboration with Alan and Marilyn Bergman, Lindy Robbins, Bob Merrill and Marshall Barer), Feinstein is an all-star force in American music. 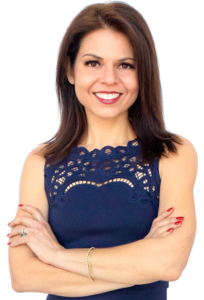 Lora Unger has served as Pasadena Symphony and POPS CEO since 2014. She is deeply passionate about stewarding the orchestra’s role as a connecting force for good in the community and providing our youth with the far-reaching benefits of music education. Under her leadership the orchestra has flourished both artistically and financially, and stands today as the community’s preeminent leader for live musical events that combine innovation and entertainment experiences for more than 50,000 audiences annually.

Unger holds degrees in Music and Business from the University of Louisville, and graduate degrees in Arts Administration from the University of Cincinnati College-Conservatory of Music and College of Business. She completed her postgraduate work as a Fellow with the League of American Orchestras and was recognized as an Emerging Arts Leader by the Association of Performing Arts Presenters. Lora has worked with the Santa Fe Chamber Music Festival, Aspen Music Festival, and Los Angeles Chamber Orchestra, as well as the Cincinnati, Jacksonville, New Jersey and San Francisco Symphony Orchestras. She believes in the importance of being of service to the community and serves on the Board of Directors of Friends of Foothill Family Services, the Gooden School and is a member of the San Marino Junior Alliance.

Robert Michero
President of the Board of Directors, Pasadena Symphony Association 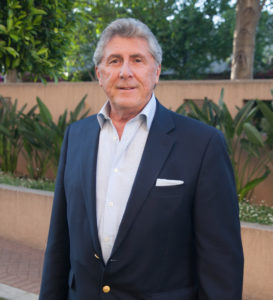 Robert attended California State University of Los Angeles, University of Arizona, and graduated from UCLA. Early in his career, Robert was Vice
President General Manager-Wine Division of Young’s Market Company in Los Angeles. In 1983, he discovered a desire to have his own business
and created Contemporary Marketing Ltd.—a sales, marketing, and vintner company specializing in the Wine and Spirits Industry.

Robert currently sits on the Board of Directors of the Pasadena Symphony Association and for the last ten years has held the position of Vice President of Finance & Treasurer. Robert has also been the Wine Chair of the Huntington Hospital-Parkway Grill “Fall Food and Wine Festival” for the past 36 years. Bob is a lifelong resident of Pasadena, residing there with his wife of 22 years, Kim, and their daughter, Darcy.

Resident Pops Conductor, Larry Blank is one of the most prolific and sought after composers, conductors, and orchestrators in the entertainment business today. His work has been presented all over the world, including some of Broadway’s most successful musicals, Carnegie Hall, and top television and film projects.

He was the Music Director/Conductor and/or vocal arranger for many shows on Broadway and in Los Angeles including They’re Playing Our Song, Evita, Sugar Babies, La Cage Aux Folles, Phantom Of The Opera, Onward Victoria, Copperfield, Colette, A Chorus Line and A Little Night Music. He has been nominated three times for both the Tony Award and the Drama Desk Award for his orchestrations in The Drowsy Chaperone, Irving Berlin’s White Christmas and with Marc Shaiman for Catch Me If You Can. Larry received a Drama Desk Nomination for orchestrations for A Christmas Story

Blank’s background includes orchestrating and arranging songs for South Park and was Music Supervisor and Orchestrator for Jerry Herman’s movie, Mrs. Santa Claus starring Angela Lansbury and Charles Durning. Some of the films he lent his talent to include The Kid, Kiss The Girls, The American President, Forget Paris, City Slickers II, The Net, That¹s Entertainment III, North, I¹d Do Anything, and Stuart Saves His Family. Blank’s music can be heard on the animated feature films, Cats Don’t Dance and All Dogs Go To Heaven as well as the 101 Dalmations Christmas Special.