Pasadena, CA – Join the Pasadena Symphony Association (PSA) for an unforgettable evening of enchantment and romance on Saturday, September 24, 2022 as they host their annual Moonlight Sonata Gala, surrounded by the beauty of Pasadena City Hall. The festivities will kick off with an elegant courtyard reception, followed by a luxe dinner, live auction and program filled with music and dancing under a starry night in Centennial Square.

Music from the Pasadena Youth Symphony Orchestras will usher guests into Centennial Square with a warm welcome, and iconic Los Angeles meteorologist Dallas Raines and his wife Dannie will host the evening’s program as guests enjoy a decadent four-course meal by Claud & Co. To top off the elegant affair, popular songstress Allie Feder will perform an intimate set of standards in an exclusive performance befitting this enchanted night of music and community.

Tickets to the Moonlight Sonata Gala are limited. Individual tickets start at $300 and may be purchased by visiting PasadenaSymphony-Pops.org or by contacting Alan Maldonado, Development Associate at [email protected] or 626.793.7172 x27. 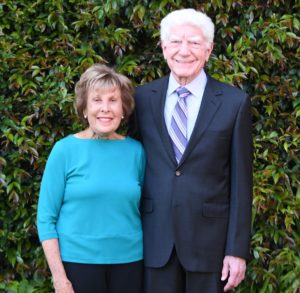 Freddi and Ken Hill have been passionate, dedicated, and inspiring patrons of the Pasadena Symphony and POPS for over 40 years, serving on its Board of Directors, underwriting numerous concerts, and being engaged ambassadors of our musical mission. Both Los Angeles natives, Freddi and Ken met in 1977 and quickly fell in love over their shared devotion to music and gardening. Throughout their marriage, music has bonded their belief in the power of arts to impact the community we all share. Deeply involved in many charitable organizations in Los Angeles, the Hills have been steadfast in their vision that investing in art and culture can change the character of a community for the better – building on shared experiences, one musical note at a time. The Pasadena Symphony and POPS is honored to present the 2022 Philanthropy Luminary Award to Freddi and Ken Hill at its Moonlight Sonata Gala on Saturday, September 24, 2022. 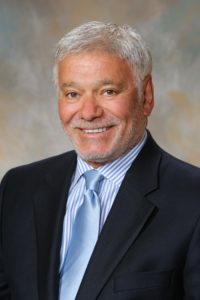 Paul Rusnak’s business interests in the U.S. began in 1959 with the Rusnak/Lazar “Jet Imports” dealership in Culver City. One year later, Mr. Rusnak opened a Triumph dealership in Los Angeles, marking his entry into new car dealerships – it certainly wouldn’t be his last, as he opened a Chrysler/Plymouth dealership in 1966.

His story really starts when Paul Rusnak came to the Unites States at the age of 14. He escaped the communist takeover of Czechoslovakia with his family and came to America not speaking any English. After earning a degree from Los Angeles City College in 1954 and serving two years in the United States Army, Rusnak ventured into the world of retail automotive. Rusnak recalls “The imported car industry was in its infancy at that time, and we became very successful by concentrating on foreign sports cars.” Rusnak’s focus was on European imports and today, he owns California dealerships in Pasadena, Arcadia, Westlake, Anaheim Hills and Loma Linda, selling Audi, BMW, Bentley, Hyundai, Genesis, Jaguar, Land Rover, Maserati, Mercedes-Benz, Porsche, Rolls-Royce and Volvo. “America and its amazing car industry have truly propelled me beyond my wildest dreams,” he said.

He remains active in Dealership operations and in 2022 published, “Keeping Both Hands on the Wheel,” a timeless story of American grit and immigrant triumph. As thrilling and wild as the automotive industry itself, his book is a testament to the American Dream – with brains, hard work, and an unstoppable drive to win. 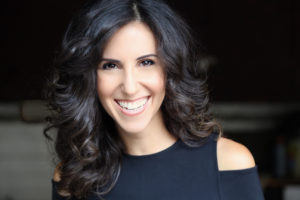 Allie Feder is a seasoned performer and studio singer based in Los Angeles. Her versatile skills in pop, rock, jazz, classical, and character voiceover have given her the opportunity to sing on film scores, TV shows, and concerts around the world. With credits both on-screen and off, Allie appeared in the hit musical comedy film Pitch Perfect 2, playing a member of the German villain group “Das Sound Machine,” and has sung on countless film scores including Frozen 2, Mulan, The Grinch, Ready Player One, The LEGO Movie 2, Birds of Prey, The Call of the Wild, Doctor Sleep, The Nun, War for the Planet of the Apes, Suicide Squad, and Rogue One: A Star Wars Story. TV recording work includes: The Simpsons, Modern Family, Centaurworld, American Dad, Fuller House, Disney’s Descendants, Charmed, American Housewife, Jane the Virgin and many more, and her voice can be heard on albums by Paul McCartney, Harry Styles, Pentatonix, Richard Carpenter, and Michael Bublé.

Allie is incredibly grateful to have shared the stage with artists including Billie Eilish, Jennifer Hudson, Pharrell Williams, Demi Lovato, Alessia Cara, and Ben Folds, and to have joined film composer Hans Zimmer for the Hans Zimmer Revealed: Live Tour in 2017. She has performed live on the Grammy Awards, The Ellen Degeneres Show, The Late Late Show with James Corden, The Sing-Off, and on six seasons of NBC’s hit show The Voice. Her vocals can be heard in theme parks around the world including Tokyo Disney, Universal Studios Japan, and most recently, she co-wrote and recorded two songs currently featured at Disneyland’s Star Wars: Galaxy’s Edge.

As a soloist, Allie recently had the chance to perform as Elsa in a live-to-picture concert of Disney’s Frozen and as Belle in Beauty and the Beast, both in Taiwan with renowned conductor Tim Davies and the Taiwanese National Symphony Orchestra.  Back home in Los Angeles, she performs regularly in various singing groups and choirs, including chamber choir LA Choral Lab. In addition to singing, Allie is also a songwriter, and has theme songs currently airing for Disney’s The Ghost and Molly McGee and Netflix’s A Tale Dark and Grimm.

Originally from the Bay Area, Allie was trained in musical theatre as a child before moving to LA to study Theatre and Music at the University of Southern California. She feels so fortunate to make music for a living, is always striving to channel sincerity and passion into every performance, session, and song. 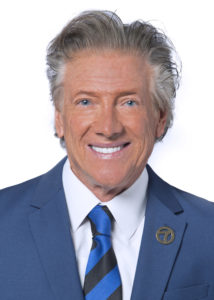 Dallas joined ABC7 in 1984 and received his Bachelor of Science degree from Florida State University, where he studied broadcast journalism and earth science with an emphasis on meteorology. Dallas has also completed multiple graduate level courses in meteorology and climatology.

Dallas is a Certified Broadcast Meteorologist, an elite designation for individuals who have undergone rigorous examination by the American Meteorological Society. Meteorologists with this seal have passed a stringent written exam testing their understanding of weather and forecasting. Their on-air work is also reviewed by a team of AMS experts who rate their ability to communicate critical weather information to their audience.

Dallas is a professional member of the AMS and has earned the Seal of Approval for TV Broadcasting, as well as numerous awards for outstanding coverage of weather events.

Dallas was invited to the White House in a 30-person scientist/climatologist debate on global warming hosted by President Bill Clinton and Vice President Al Gore.

Among his many awards, Dallas won the Daily News People’s Choice Award for Best Weatherperson in Los Angeles. He was named Man of the Year by the American Cancer Society. He was voted Best Weather Presenter/World competition level in Paris, France. He received a Golden Mike Award for Best Weathercast in Southern California in the 4 p.m. to 11 p.m. division. He has received the Associated Press Award for Best Weather Segment. The Greater Los Angeles Press Club awarded him with Overall Excellence in a 60 Minute Newscast. KIIS Radio voted Dallas the Most Popular On-Air Newscaster in Los Angeles . He was also voted the Most Popular On-Air Personality at CNN by ON CABLE magazine. His coverage of Hurricane Frederic earned him the National Oceanic and Atmosphere Association (NOAA) Outstanding Coverage Award.

When not on television, Dallas has been a meteorology professor at Cal State University, Northridge, staying actively involved in multiple community service and fundraising projects.

A hallmark of its robust education programs, the Pasadena Symphony Association has served the youth of the region for over five decades through the Pasadena Youth Symphony Orchestras (PYSO) comprised of seven performing ensembles, with over 400 gifted 4th-12th grade students from all over Southern California.