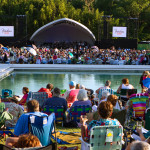 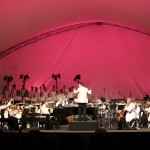 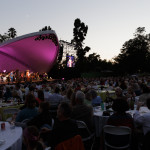 Pasadena CA – The Stars of Broadway are coming out to play with the Pasadena POPS in their one of a kind, simply cannot miss popular outdoor summer concert series at the Los Angeles County Arboretum on Saturday, June 28th with “Broadway’s Leading Ladies.” Resident Pops Conductor Larry Blank brings Susan Egan (Beauty and the Beast, Cabaret, Thoroughly Modern Millie, State Fair), Valerie Perri (Evita, City of Angels, Jerome Robbins’ Broadway), Christina Saffran (A Chorus Line, Sophisticated Ladies, Singin’ in the Rain, The Music Man, Drood), Lisa Vroman (Phantom of the Opera, Aspects of Love, Les Misérables, The Most Happy Fella) and David Burnham (The Light in the Piazza, Wicked, Sunset Boulevard) to sing your favorite hit songs from legendary musicals such as Cabaret, Evita, Chicago, Candide, Funny Girl, Les Misérables, Phantom of the Opera, A Chorus Line, The Music Man, Wicked, West Side Story and more. It’s a Broadway celebration that you and your family won’t want to miss.

“How pleased I am to be able to present these leading ladies of Broadway plus one all on the same stage,” says Larry Blank adding “all of them will be singing songs at the Arboretum that they sang for Broadway audiences night after night … these are authentic performances from world class talent. The best of Broadway is truly coming to the Pasadena Pops.”

Susan Egan headlined on Broadway as Thoroughly Modern Millie, won critical acclaim as “Sally Bowles” in Cabaret, originated the leading roles in Triumph of Love and State Fair, and received Tony Award and Drama Desk nominations for “Best Actress” as the original “Belle” in Disney’s Beauty and the Beast. Christina Saffran starred as Kathy Seldon in Singin’ in the Rain, (cast recording), Maggie in A Chorus Line, Shoo Shoo in Sophisticated Ladies, Rosa Bud and Edwin Drood in Drood, and Zaneeta in The Music Man. Valerie Perri is best known for her Award-winning performance in the lead role of Eva Peron in the Tony Award-winning musical Evita. She headed the first National Touring production performing the lead role across the United States and Canada. Other starring roles include: West Side Story, Gypsy, Jesus Christ Superstar, I do, I do, Man of La Mancha, Annie Warbucks, City of Angels, I Love You, You’re Perfect, Now Change and Jerome Robbins Broadway.

Lisa Vroman has been regarded as a “musical and theatrical marvel” by The San Francisco Chronicle. She starred on Broadway, in San Francisco, and Los Angeles as Christine Daaé in The Phantom of the Opera. Her many roles include: Rosalinda in Die Fledermaus; both Fantine and Cosette in Les Miserables; Rosabella in The Most Happy Fella (New York City Opera) as Marion Paroo in The Music Man (Shirley Jones); Lili Vanessi in Kiss Me Kate Glimmerglass Opera /St. Louis MUNY; Anna Leonowens in The King and I, Maria Callas in Master Class (Lyric Opera of Virginia). David Burnham was last seen on Broadway in “Wicked”, playing Fiyero, a role that he originated in the workshops of the show. He is an original Broadway cast member of “The Light In The Piazza”, performing both on the Tony Awards and the PBS telecast “Live From Lincoln Center.” He is the recipient of the “Helen Hayes Award” for Best Actor as well as the Best Actor “Garland Award” for his portrayal of Fabrizio in the national tour of “Piazza.”

The family-friendly concerts will be held at the Los Angeles County Arboretum and Botanic Garden. Grounds open for picnicking and dining at 5:30 p.m. and performances begin at 7:30 p.m. Among many venue amenities, audiences can enjoy pre-ordered gourmet dining packages for on-site pickup from Julienne, Marston’s, and Claud & Co. The food court will host mouth-watering food trucks plus specialty ice creams by Choctál. The experience is now even more convenient with two full beverage centers serving fine wines, beer, coffee and soft drinks plus exclusive hotel packages for POPS patrons at Pasadena’s landmark Langham Huntington Hotel. Patrons may also visit the Pasadena Humane Society’s Mobile Adoption Unit, which will be on-site prior to each concert with animals in need of a forever home as part of the Pups for POPS program.

Audiences get the ultimate outdoor concert experience: large LED video screens, superior sound quality and the high-quality production value that is a signature of the Pasadena POPS. The best outdoor dinner party in town comes with spacious circular table seating with fine linens, or lawn seating for those who want to bring a blanket – each option carries on the tradition of picnic-dining with your family and friends. The Arboretum is located at 301 North Baldwin Ave., Arcadia, CA. Single tickets starting at $20 are now on sale and are available by calling the box office at (626)-793-7172, online at PasadenaSymphony-Pops.org or at the Arboretum on the day of the concerts.