Pasadena CA – The Pasadena Symphony celebrates the most famous four notes in all of Classical music. Relentless, emotional, triumphant and victorious; all describe Beethoven’s Symphony No. 5 which will be performed on Saturday March 29, 2014 at Ambassador Auditorium with matinee and evening performances at 2:00 p.m. and 8:00 p.m. 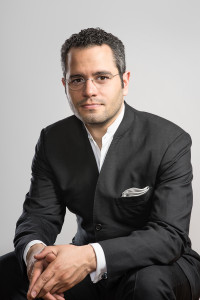 Guest conductor Andrew Grams leads the orchestra in concert and will also feature Los Angeles based violinist, the prodigiously talented Simone Porter with the Bruch Violin Concerto, a work of lyrical beauty and acrobatic fireworks; a true showpiece for the master violinist. Pulitzer Prize-winning composer William Bolcom brings theatrical flair, tunefulness, and a healthy dose of comedy with his entertaining Commedia for (almost) 18th-century orchestra.

Andrew Grams has been collecting critical acclaim and “has been building a solid international career… revealed remarkable skill and sensitivity…he sculpted beautifully nuanced music.” The Baltimore Sun. At 17 years old, violinist Simone Porter has been recognized as an emerging artist of impassioned energy, musical integrity and vibrant sound.  Her performances have been described as “bold” (Seattle Times), and “coolly virtuosic” (The London Times). Simone is currently a student at The Colburn School and is part of Colburn Artists, an innovative program for its most highly accomplished students. 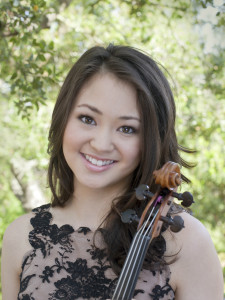 Performances take place at both 2:00 p.m. and 8:00 p.m. and are accompanied by pre-concert discussions one-hour before curtain. Audiences can also enjoy the new and vibrantly social Symphony Lounge, yet another addition to the care-free and elegant concert experience the Pasadena Symphony offers.  A posh setting at Ambassador Auditorium’s beautiful outdoor plaza, audiences can now enjoying delicious morsels and fine wines before the concert and during intermission.

The Ambassador Auditorium is located at 131 South St. John Avenue, Pasadena, CA. Ticket prices start at $35 and may be purchased online at www.pasadenasymphony-pops.org or by calling (626) 793-7172.

Maestro Grams was a protege of Franz Welser-Moest and served as Assistant Conductor of the Cleveland Orchestra from 2004 to 2007. He has since led several concert programs with the Cleveland Orchestra and will return to conduct that orchestra in the summer of 2014 at the Blossom Music Festival. This season Mr Grams will open the Phoenix Symphony concert season in celebratory performances of Beethoven’s Symphony No.9. He also begins his tenure with the Elgin Symphony and leads two full weeks of concerts with the Baltimore Symphony Orchestra in addition to debut appearances with the Hong Kong Philharmonic and the Oregon Symphony. He returns to the BBC Scottish Symphony Orchestra as well as the Luzern Symphony and in the U.S. he makes welcome second visits to the orchestras of Grand Rapids, North Carolina, and Alabama. In 2002, Grams was appointed the assistant conductor of the Reading Symphony Orchestra in Pennsylvania and returned to conduct that orchestra again in 2005. He was selected to spend the summer of 2003 studying with David Zinman, Murry Sidlin and Michael Stern at the American Academy of Conducting at the Aspen Music Festival, and returned to that program again in 2004. A Maryland native raised in Severn, Andrew Grams began conducting at the age of 17, when he directed the World Youth Symphony Orchestra at Interlochen Arts Camp in Michigan. In 1999 he received a bachelor of music degree in violin performance from the Juilliard School, and in 2003 he received a conducting degree from the Curtis Institute of Music, where he worked with Otto-Werner Mueller. Also an accomplished violinist, Mr. Grams was a member of the New York City Ballet Orchestra at Lincoln Center from 1998 to 2004, serving as acting associate principal second violin in 2002 and 2004. In addition, he has performed with ensembles including the Orpheus Chamber Orchestra, the Orchestra of St. Luke’s, the Brooklyn Philharmonic, and the New Jersey Symphony.

Violinist Simone Porter has been recognized as an emerging artist of impassioned energy, musical integrity and vibrant sound. Her performances have been described as “bold” (The Seattle Times), “coolly virtuosic” (The London Times), and Ms. Porter herself has been praised as “a consummate chamber musician” (The Telegraph). At just 17 years of age, she has already appeared with the New York Philharmonic, the American Youth Symphony, Nashville Symphony, Utah Symphony, and as soloist at the Aspen Music Festival. Ms. Porter made her professional solo debut at age ten with the Seattle Symphony, and her international debut with the Royal Philharmonic Orchestra at age thirteen.

Ms. Porter’s engagements for the 2012-2013 season included several debuts, including appearances with the New York Philharmonic on their Young People’s Concerts series, the Reno Philharmonic, Orchestra Seattle, the American Youth Symphony and at the Aspen Music Festival under the baton of Nicholas McGegan. She also made her Salt Lake City recital debut at Libby Gardner Hall.  During the summer months, Ms. Porter made her debut with the Nashville and Utah Symphonies, the Festival Amadeus Orchestra in Montana, and a return appearance at the Aspen Music Festival with Nicholas McGegan.

Past performances of note include a solo appearance in Singapore at the 2010 Great Eastern International Kids Performing Festival and the honor of performing for the Dalai Lama in 2008 at the opening ceremony of a five-day symposium on compassion in Seattle, Washington. Other past performances include solo appearances with the City Chamber Orchestra of Hong Kong, the Northern Sinfonia and the Milton Keynes City Orchestra in the UK, the Olympia Symphony, and the New West Symphony and Young Musician Foundation’s Debut Orchestra in California, among others.

Nationally, Ms. Porter has been heard on the renowned syndicated NPR radio program From the Top, featuring America’s best young classical musicians hosted by acclaimed pianist Christopher O’Riley. Her performance in July 2012 marked her third appearance on the program; her first was in 2007 at the age of 11. Ms. Porter also made her Carnegie Hall debut on the Emmy Award-winning TV show From the Top: Live from Carnegie Hall. Other TV appearances include the BBC Documentary, The World’s Greatest Musical Prodigies, which aired in the UK in June 2009. She has been featured on Seattle’s Kiro 7 TV’s Quarterly Magazine, In Color, and in August 2011, she was selected as the only Aspen Music Festival student to be featured on the popular national APM radio program Performance Today, recorded live at Aspen’s Harris Hall.

The recipient of numerous honors and awards, Ms. Porter is 2011 Davidson Fellow Laureate, an award given by the Davidson Institute for Talent Development, which carries with it a $50,000 scholarship to further her musical education. In 2009, she was presented as an “Emerging Young Artist” by the Seattle Chamber Music Society.

Raised in Seattle, Washington, Ms. Porter studied with Margaret Pressley as a recipient of the Dorothy Richard Starling Scholarship, and was then admitted into the studio of the renowned pedagogue Robert Lipsett, with whom she presently studies at The Colburn Conservatory of Music in Los Angeles. She has also attended the Aspen Music Festival for six years, Indiana University’s Summer String Academy, and the Schlern International Music Festival in Italy.

Simone Porter plays on a 1742 Camillus Camilli violin on generous loan from The Mandell Collection of Southern California.

ABOUT THE PASADENA SYMPHONY ASSOCIATION

The Pasadena Symphony Association was founded in 1928 by Conductor Reginald Bland. Originally named the Pasadena Civic Orchestra, its first members were mostly volunteer musicians, many of whom were students of Bland. The annual operating budget was $3,500, which was funded entirely by the City of Pasadena.

In the fall of 2007, the Pasadena Symphony incorporated the Pasadena POPS into its Association under the new name Pasadena Symphony and POPS. This merger created an expanded Classics and POPS series providing the community with a full spectrum of live symphonic concerts year-round. In the summer of 2012, the Pasadena POPS’ relocated its summer home to the Los Angeles County Arboretum where it has been performing to record-breaking crowds and critical acclaim. The Pasadena POPS announced Michael Feinstein as its new Principal Pops Conductor in August 2012; he will be the first conductor to hold the Marvin Hamlisch Chair title.

The Pasadena Symphony provides a musical experience like no other at the Ambassador Auditorium – known as the Carnegie Hall of the West – where they have been the resident professional orchestra since 2010. In 2013, the Pasadena Symphony named Maestro David Lockington as its fifth Music Director and appointed Nicholas McGegan as Principal Guest Conductor.

A hallmark of its robust education programs, the Pasadena Symphony Association has served the youth of the region since 1972 through the Pasadena Youth Symphony Orchestra comprised of over 200 gifted middle school students from more than 40 schools all over the Southland. The PYSO most recently performed on several episodes of the popular television show GLEE.