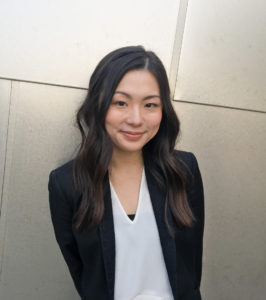 A native of Hong Kong, Jenny Wong is currently the Associate Artistic Director of the Los Angeles Master Chorale. In addition to the regular season, Wong has conducted performances of Peter Sellars’ staging of di Lasso’s Lagrime di San Pietro at the Melbourne International Arts Festival in Australia, the Festival Internacionale Cervantino and the Palacio de Bellas Artes in Mexico, and in the United States. As chorus master, Wong has prepared choruses for Gustavo Dudamel and the LA Philharmonic, Susanna Mälkki, Eric Whitacre, María Guinand, and Music Academy of the West, including the U.S. premier of Tan Dun’s Buddha Passion and the LA Philharmonic’s recent release of Mahler’s Symphony No. 8 with Deutsche Grammophon. Most recently, Wong was Assistant Producer of the Master Chorale’s latest album, Eric Whitacre’s The Sacred Veil with Signum Classics.

This season, Wong was one of nine national recipients of OPERA America’s inaugural Opera Grants for Women Stage Directors and Conductors, through which she will be conducting Schoenberg’s Pierrot Lunaire and Kate Soper’s Voices from the Killing Jar with Long Beach Opera, in collaboration with WildUp. This season also includes an engagement with the Pasadena Symphony. Other recent engagements and positions have included opera Sweet Land by Du Yun and Raven Chacon with opera company The Industry, directed by Yuval Sharon and Cannupa Hanska-Luger, the Grammy-winning ensemble Phoenix Chorale in Phoenix, Arizona, the Gay Men’s Chorus of Los Angeles, as well as the University of the Pacific Conservatory of Music and All Saints Church Pasadena, California.

Wong received her Doctor of Musical Arts and Master of Music from the University of Southern California, when she was also assistant conductor of the Donald Brinegar Singers. She earned her undergraduate degree in voice performance from the University of Illinois, Urbana-Champaign. She has given lectures on Chinese choral music and is an active clinician for choirs. As a singer, Wong sang back-up for Elton John at the 2013 Emmy Awards and for Barry Manilow.