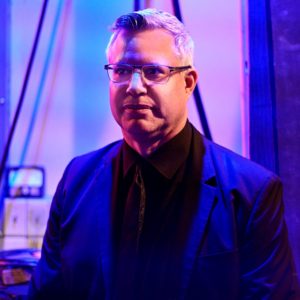 Brett Banducci is a composer, violist, and educator residing in Los Angeles. Brett is the 2016 recipient of the Andrew Imbrie Music Award from the American Academy of Arts and Letters. A frequent performer with the Pasadena Symphony, Los Angeles Master Chorale Orchestra, Long Beach Symphony, and Hollywood Chamber Orchestra, he is a longtime contributing member to the Hollywood Studio Symphony and has played on countless records, films, and television scores— including recent albums by Madonna and Barbra Streisand.

His compositions have been performed and premiered at Brooklyn’s MATA Festival Interval New Music Series, the Aspen Music Festival, and the Los Angeles-based Hear Now Festival, among others. A devoted educator he spearheaded an innovative composition program for the Young Musicians Foundation in 2015. Brett received his DMA from the University of Southern California in 2016. His primary composition teachers have included Stephen Hartke, Frank Ticheli, Morten Lauridsen, and Byron Adams. He has studied viola with Pamela Goldsmith and Keith Greene. Brett currently hosts a dynamic new podcast called Classical Chops Studio. Subscribe wherever you get your favorite podcasts.