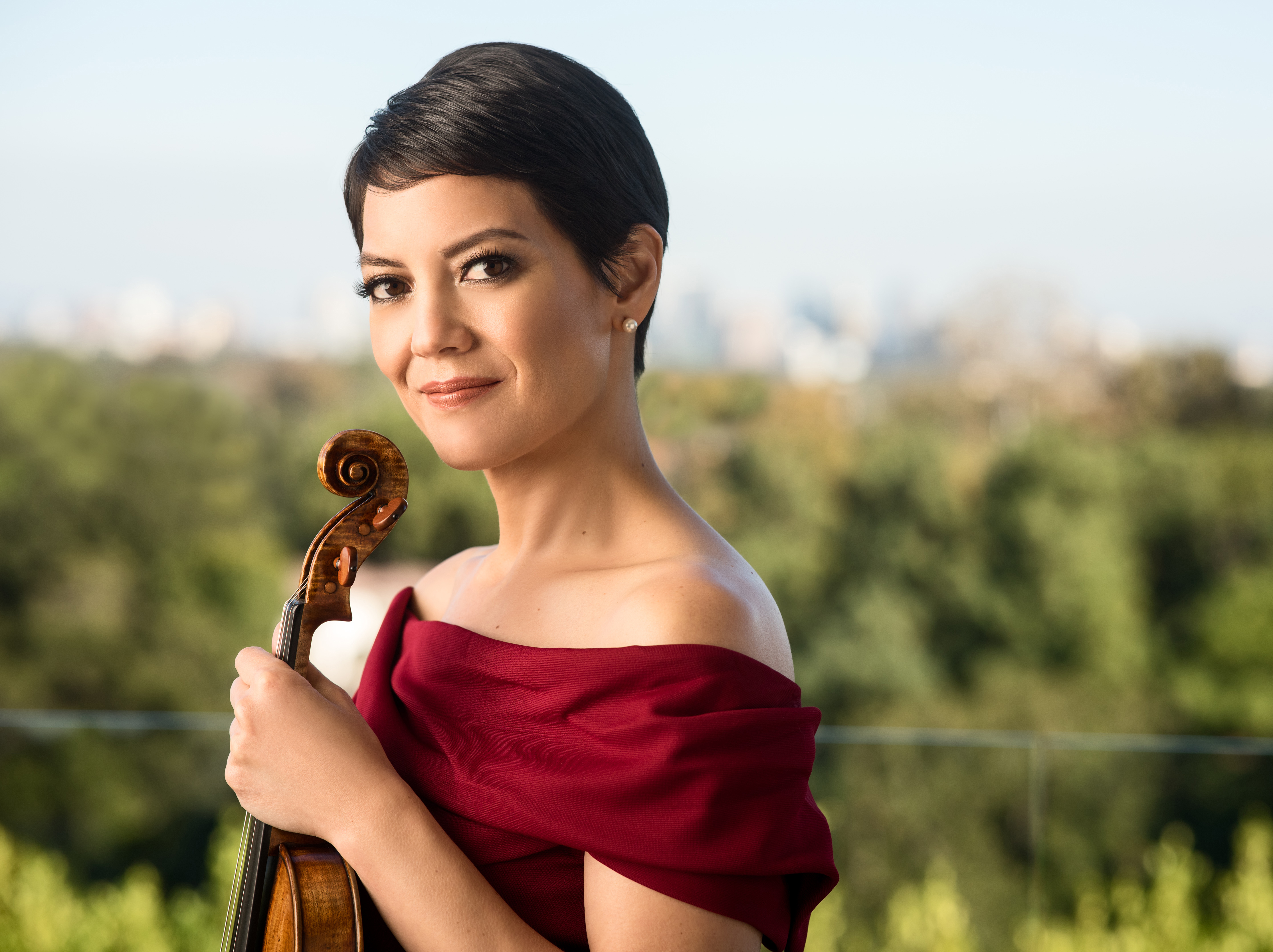 The musicians whom I have had the chance to interview possess technical mastery, plus the gift to impart something personal to the performance. Yo-Yo Ma, Hélène Grimaud, Anne Akiko Meyers — they are so gifted, and so serious about their art, it is a gift to peek inside their brains for a few minutes.” NPR’s Robert Siegel, reflecting on 40 years of interviews with classical performers.
——————————————–

Violin superstar, Anne Akiko Meyers, is one of the most in-demand violinists in the world. Regularly performing as guest soloist with the world’s top orchestras, she presents ground-breaking recitals and is a best-selling recording artist with 35 albums. Meyers is known for her passionate performances, purity of sound, deeply poetic interpretations, innovative programming and commitment to commissioning significant new works from living composers.

Anne’s recent recording of Rautavaara’s Fantasia was the only classical instrumental work to be selected on NPR’s 100 best songs of 2017.  Fantasia, Anne’s 35th recording, includes works for violin and orchestra by Rautavaara, Ravel and the Szymanowski Concerto No.1, recorded with Kristjan Järvi and the Philharmonia Orchestra. In 2018, she will premiere a new violin concerto by Adam Schoenberg (which she commissioned) with the Phoenix and San Diego Symphony Orchestras. Anne will also return to Leipzig, Germany to premiere Rautavaara’s Fantasia with the MDR Leipzig Orchestra and has been invited by  legendary composer, Arvo Pärt, to perform at the opening celebration of the new Arvo Pärt Centre in Estonia.

Earlier this year, Anne performed the world premiere of Fantasia by Einojuhani Rautavaara, a work written for her, and considered to be the composer’s final masterpiece, with the Kansas City Symphony, conducted by Michael Stern.  She performed recitals in Florida, New York, Virginia, Washington D.C., and returned to the Nashville Symphony to perform the Bernstein Serenade with Giancarlo Guerrero. In May, she headlined the Kanazawa Music Festival performing the Beethoven Concerto with cadenzas by Mason Bates with the Orchestra Ensemble Kanazawa, toured New Zealand with the Mason Bates Violin Concerto and New Zealand Symphony, and returned to Krakow and Warsaw, Poland to perform the Szymanowski Concerto and Jakub Ciupinski’s newly orchestrated, Wreck of the Umbria.

Other recent projects include a nationwide PBS broadcast special and a Naxos DVD featuring the world premiere of Samuel Jones’ Violin Concerto with the All-Star Orchestra led by Gerard Schwarz, the French premiere of Mason Bates Violin Concerto with Leonard Slatkin and the Orchestre de Lyon, and two new recordings-Naïve Classics celebrating Arvo Pärt’s 80th birthday and a box set of Anne’s RCA Red Seal discography on Sony Classics. Anne’s prior releases the Four Seasons: The Vivaldi Album, debuted at #1 on the classical Billboard charts, as did Air: The Bach Album, and the Vivaldi was the recording debut of the Ex-Vieuxtemps’ Guarneri del Gesu violin, dated 1741, which was awarded to Meyers for her lifetime use.

Anne has collaborated with a diverse array of artists outside of traditional classical, including jazz icons, Chris Botti and Wynton Marsalis, avant-garde musician, Ryuichi Sakamoto, electronic music pioneer, Isao Tomita, pop-era act, Il Divo and singer, Michael Bolton. She performed the National Anthem in front of 42,000 fans at Safeco Field in Seattle, appeared twice on The Tonight Show and was featured in a segment on MSNBC’s Countdown with Keith Olbermann that became that show’s the third most popular story of the year.

Anne has been featured on CBS Sunday Morning, CBS’ “The Good Wife”, NPR’s Morning Edition with Linda Wertheimer and All Things Considered with Robert Siegel and recently curated “Living American” on Sirius XM Radio’s Symphony Hall with host, David Srebnik . She was on the popular Nick Jr. show, Take Me To Your Mother, with Andrea Rosen and best-selling novelist, J. Courtney Sullivan, consulted with Anne for The Engagements and based one of the main characters loosely on her career. She also collaborated with children’s book author and illustrator, Kristine Papillon, on Crumpet the Trumpet, where the character Violetta the violinist, is played by Anne.

Anne Akiko Meyers was born in San Diego and grew up in Southern California. She studied with Alice and Eleonore Schoenfeld at the Colburn School of Performing Arts, Josef Gingold at Indiana University, and Felix Galimir, Masao Kawasaki and Dorothy DeLay at the Juilliard School. She received the Avery Fisher Career Grant, the Distinguished Alumna Award from the Colburn School of Music and is on the advisory council of the American Youth Symphony Orchestra.