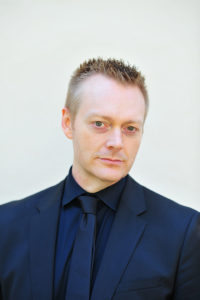 He received his Bachelors and Masters degrees of Music in Performance at the University of Southern California, studying under Donald McInnes. He has performed in Master Classes for Karen Tuttle, Gerald Stanick, Robert Vernon and Roland Vamos. He has participated in the Music Academy of the West in Santa Barbara, Encore Music Festival in Cleveland and the Sunflower Music Festival in Topeka, Kansas.